Bad Moms Series: Are You Selfish? 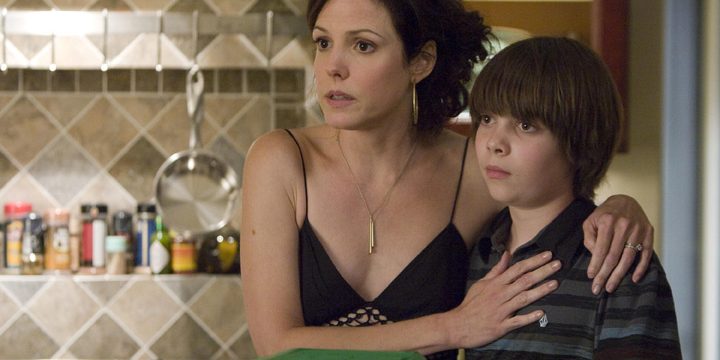 I can see it now. Eyes rolling, hands on hips and you’re probably thinking, “what the heck do you mean am I selfish?” But hear me out. Don’t answer the question until you have fully heard all facts from the story I will share with you.

This is based on a true story so yes, this really did happen.

A mother has her children taken away from her because she was irresponsible so therefore the state decided it would be in the best interest of the children to remove them and place them in foster care.

One of the children was a little girl, 7 years old and extremely defiant and emotional. She would constantly get kicked out of schools, daycare, and even foster homes because she lacked any kind of discipline and self-control. She was aggressive and would destroy property and anything else she got her hands on due to her not being able to control the rage she was feeling inside.

So mom, being a major trigger for her, was asked not to contact the child except once weekly to ensure the foster parent and everyone else who was involved in the case could help eliminate the bad behaviors as much as possible.

Mom was also told that she needed to seek therapy for herself and work her way towards having family therapy sessions with the children before being able to have more communication with the child so that everyone can be on the same page working towards progress for the family unit.

What the mom did next shocked me.

She contacted the foster parent and was angry about not being able to speak to her daughter except once a week. She said, “I feel like I’m being punished for my child’s behavior.”

I told her I thought she was extremely selfish because out of the entire situation, all she thought about was herself and her feelings. Not once did she think about all of the hell and drama she put her children through and what all they had to endure and must be going through.

I asked her, “Have you even considered why you are a major trigger for your daughter? Well I’ll tell you. It’s because every time she speaks to you she’s reminded of all of the hell she went through with you. Then she knows that she loves and wants to be with you however she also loves her foster mom. Someone who is currently caring for her and being responsible for her in a loving manner, even though she is putting her through royal hell.  So she’s conflicted and doesn’t know what to do with those feelings as a 7-yr old child. And all you can think about is how you are feeling?”

As I am reading this book, Toxic Parents: Overcoming Their Hurtful Legacy and Reclaiming Your Life, I am reading story after story of how many children grow up in toxic environments. And I think about this little girl and her mother. The relationship is so toxic because the mom isn’t responsible and only thinks about herself in the relationship.

She has forced her child in an adult position and therefore has confused the dynamics of the entire family structure.

Now in the mother’s defense, she grew up in toxic environments herself and thus the reason she needs to seek counseling. She doesn’t know any other way to parent except the way she was brought up however it is continuing to perpetual a vicious cycle of toxic hurt and pain.

As someone who grew up with toxic parents, being deprived my entire life, I understand firsthand how you can become extremely selfish because you were always last on the list of priority.

I was just talking to a friend about how I constantly have to continuously check myself in the relationship with my children to ensure I am not perpetuating the same cycle I was raised in.

You can make changes to this thought process by simply being more aware of how you think and what you are doing. For a more in-depth version of how to eliminate these behaviors, click here to join my Parent Points and check out my FREE report about busting parenting myths!

How to Raise Your Kids to Make Healthier Choices
November 30, 2022

What Not to Overlook When Child-Proofing Your Home
November 29, 2022

How Your Child’s Life Changes After Getting Braces
November 28, 2022

Extracurricular Activities That Can Create a Fulfilling Life for Kids
November 28, 2022

How to Personalize Your Child’s Bedroom
November 28, 2022

How to Avoid Day-Hiking Mistakes
November 22, 2022